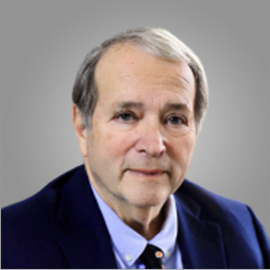 We cordially invite you to join our board.

Your valuable suggestions improve our journal quality. We welcome you to be part of our board members.

Nelson Hendler is a 1966 cum laude graduate of Princeton, where he also played varsity lacrosse. He received an MD in 1972, and a MS in neurophysiology in 1974, from University of Maryland, and did his residency training in psychiatry at Johns Hopkins Hospital from 1972 to 1975.  Dr. Hendler was Assistant Professor of Psychiatry and Neurosurgery at Johns Hopkins University School of Medicine for 31 years, and Associate Professor of Physiology at University of Maryland School of Dental Surgery. He was clinical director of Mensana Clinic from 1978 to 2006, which was listed in Business Week as one of the 8 best pain clinics in the United States, along with Mayo Clinic, Johns Hopkins Hospital and Cleveland Clinic.

Nelson Hendler has published four books, 34 textbook chapters, and 71 articles. He was past president of the Reflex Sympathetic Dystrophy Association of America, and of the American Academy of Pain Management.  He has lectured at 53 medical schools and hospitals in 11 countries and the United States, including the Al Kharj Military Hospital in Riyadh, Kingdom of Saudi Arabia, Far Eastern Medical School in the Philippines, Fortis, Apollo and Manipal Hospitals in Bengaluru, India, Keynote Speaker at the 9th Argentinean Congress on Pain in Rosario, Argentina, First honorary Member of the Israeli Pain Society, Hadassah Hospital, Harvard University, Mayo Clinic, Cornell Medical School and Johns Hopkins Hospital.  He has testified before the US Senate three times on medical issues for Senator Edward Kennedy, Senator Barbara Mikulski, and Senator Howard Metzenbaum.

Dr. Hendler has served on the board of two multi-billion dollar public companies, Columbia Bank and Lifeco (a holding company for a life insurance company and broker-dealer), and numerous non-profit boards, including the Baltimore Zoo, and as president of the Princeton Alumni Association of Maryland. He has also served as a consultant to two $3.5 B venture capital companies, Advent in Boston, and New Enterprise Associates in Baltimore, and to the President of the Senate of the US Virgin Islands.

Recently, Dr. Hendler developed “Expert Systems,” for use over the Internet, based on research showing that 40%-80% of chronic pain patients are misdiagnosed. The Pain Validity Test predicts with 95% accuracy which patient will have abnormal medical tests. The Diagnostic Paradigm and Treatment Algorithm gives diagnoses with a 96% correlation with diagnoses of Johns Hopkins Hospital doctors, and recommends the proper diagnostic tests to use. The Headache Diagnostic Test has a 94 % correlation with diagnoses of Johns Hopkins Hospital doctors. His company has several websites, www.DiagnoseThePains.com, www.DMPDiagnostics.com, www.MarylandClinicalDiagnostics.com, and www.ThePainDiagnosisTest.com. He has been considered one of the best pain doctors and a top lecturer by his peers (see attached letters)

Thank you for choosing us. We recommend you to go through our guidelines before submitting the paper.

Infact Publications is the state-of-the-art platform to showcase medical journals across scientific community and a one-stop solution for publishing the manuscripts of varied medical specialities.